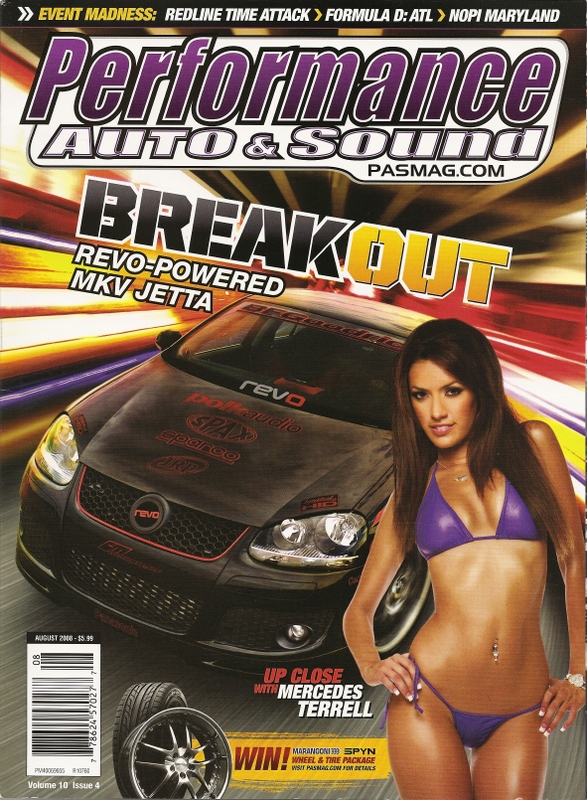 Congratulations to Christopher Haydostian’s 1999 Volkswagen Passat in a 3 page full feature in Performance Auto & Sound Magazine’s August 2008 issue, pgs 160-164. PAS wrote, “Haydostian’s Passat is now complete and has been touring the show circuit as a valued member of the Southern California based Team Hybrid.” LARGE and in CHARGE is not an understatement because this is the first article to come out of the Las Vegas Chapter of Hybrid cars. Way to lead by example Chris and thanks for the luv in the shout outs.