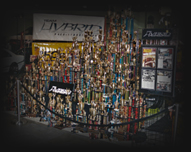 TEAM HYBRID stands for the birth of a legendary tradition in creativity, originality, and quality. With the guidance of Team Founder & President, James Lin, Team Hybrid continues to promiseÂÂÂÂÂÂ legendary traditions set forth for many years to come (25+ years and going stronger than ever). The leaders of this Team want an efficient organization that would set its own standards and qualifications. The ideal is to create a TEAM that would comprise itself with a diversity of hardworking/trusting members instilled with our honorable values, respect, passion and especially, a special individuality to every car.

By providing the TEAM with goals to strive for, each member spends countless hours of time, effort, and dedication to show love (aka. “Hybrid Luv”) and our purpose. It’s not just about winning a show or a race here or there, it’s about getting there as a TEAM. Team Hybrid has a special formula and will continue to make a strong statement in the import industry in the new millennium.

This TEAM is not just another car club or crew, but a special family of friends consisting itself in a team ideology. Team Hybrid is a well-rounded team with close friendships, a strong management system, honor, trust, understanding, patience and HYBRID LUV incorporated amongst the original (OG) Hybrid Members, the Hybrid Hunnyz, the Generation 2 Hybridz, the Generation 3 Hybridz, and now the 25th Generation Hybridz.

Team Hybrid history was made on January 7, 1995 in Oxnard, California when James Lin decided that his inspirations and imaginations to upgrade his ride would compliment well with peers who value and respect his work. James spent the first 3 months preparing a wide range of new and exciting ideas in order to build a strong solid foundation to start off his visions.

Everyone knows it’s easy to gather a group of friends, and just give it a title to start a Team, but in contrast, James researches: the name and meaning of the team, the colors of the team, the overall theme of the team, the management system/SOP/leadership circle, show displays/presentation, the type of members, the type of corporate sponsors, the quality of members, hunnyz, and probationary members’ cars/personality/background, and the team’s own original style to present to its fellow peers and corporate sponsors in the import industry at show, races, international/domestic magazine articles and in social media.

There is a varying number of ways to construct a team, but to start with a solid blue print and have an idea that flows makes a Team with fewer weak links. The Team knows how selfish some members can become, having personal ideas to break up the team, having jealous feelings for whatever reason, having lack of support or just using the name of “Hybrid” to make a name of themselves. Over half of the Hybrid members have been with the Team since 1995.

Team Hybrid is a passion each member feels. With a strong leader, there is always a good supporting staff to aid and carry out all responsibilities.

At the head of its staff is:

There are many other Hybridz & Hunnyz who have and continue to contribute to our team; Team Hybrid appreciates and thanks those members for all their effort and dedication.

The word “Hybrid” means: crossbreed between the two species according to the Webster’s dictionary.

This combination of many different members and cars is a rare occurrence in the Import Teams. Unlike the teams of today, Team Hybrid is a relatively lasting and strong in their ties due to the everlasting Hybrid luv amongst the members.

Putting it simply, the legendary tradition of Team Hybrid has been blessed throughout the years and will continue to grow and prosper. Our team model and philosophy has truly been the most original and one of a kind. Not only is it measured by our success, but by the various import teams out there modeling themselves after us or asking us for guidance in their organization. We have our own way of managing this team and will never be like X Crew or Y Team. Our members believe in the tradition James and the other co-leaders have envisioned. We’ve had our ups and downs like any other Team, but because we truly believe in ourselves along with the President’s everlasting faith in our Team, we stay true to our game. This Team has become a second family to all of us now and we will grow together not only in the import scene, but in life as well. 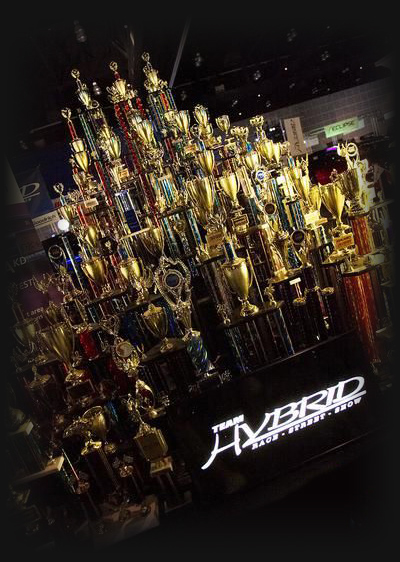