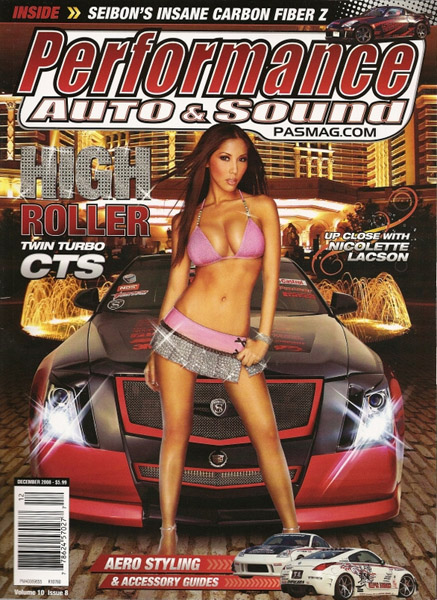 Congratulations to SoCal probie, Frank Klepadlo’s 2006 Scion tC in a 4 page feature in Performance Auto & Sound Magazine December 2008 issue, pgs. 074-078. PAS wrote, “When’s he’s not on the clock, Klepadlos association with Team Hybrid keeps him very active in the SoCal car scene showing off his own customized 2006 Scion tC…. There are even rumours it will appear in next summers FnF film. That would be nice bonus, but thanks to great sponsors like Karl @ AA Autoworks, Toyo Tires, Rotora, Sparco USA, Motul, Monarch Wheels and James Lin of Team Hybrid & HybridHunnyz.com, it’s already a force to be reckoned with.” 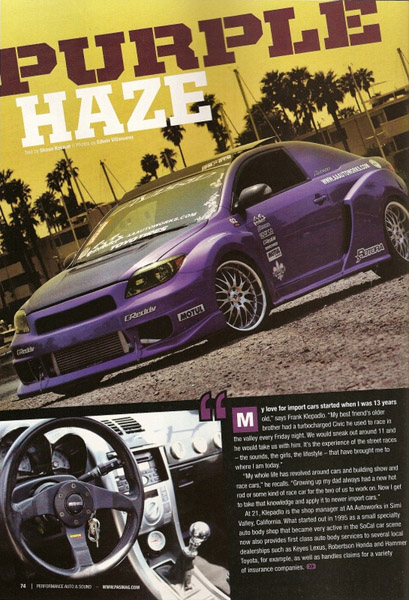 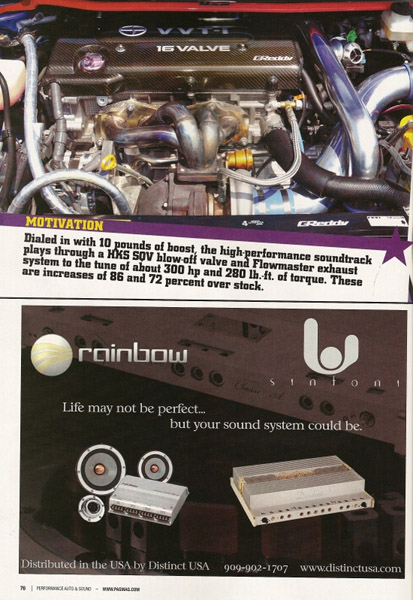 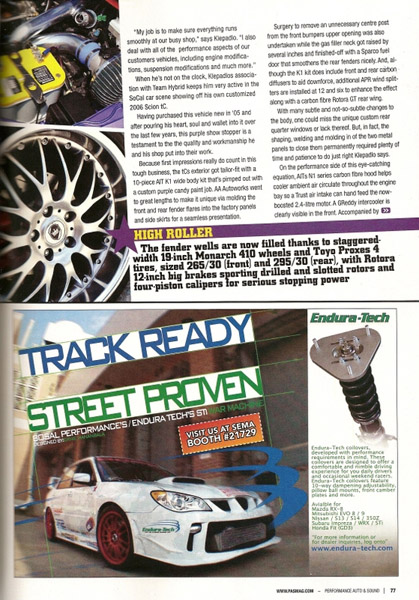 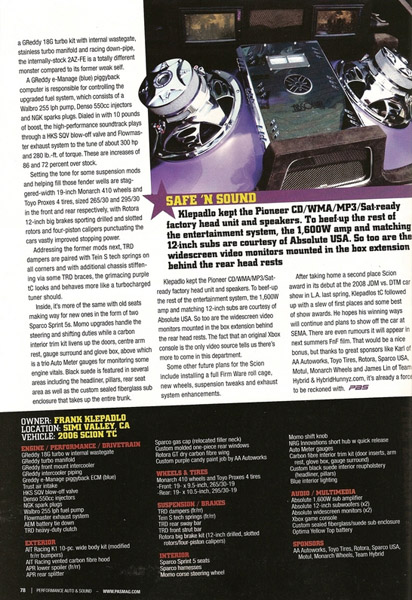