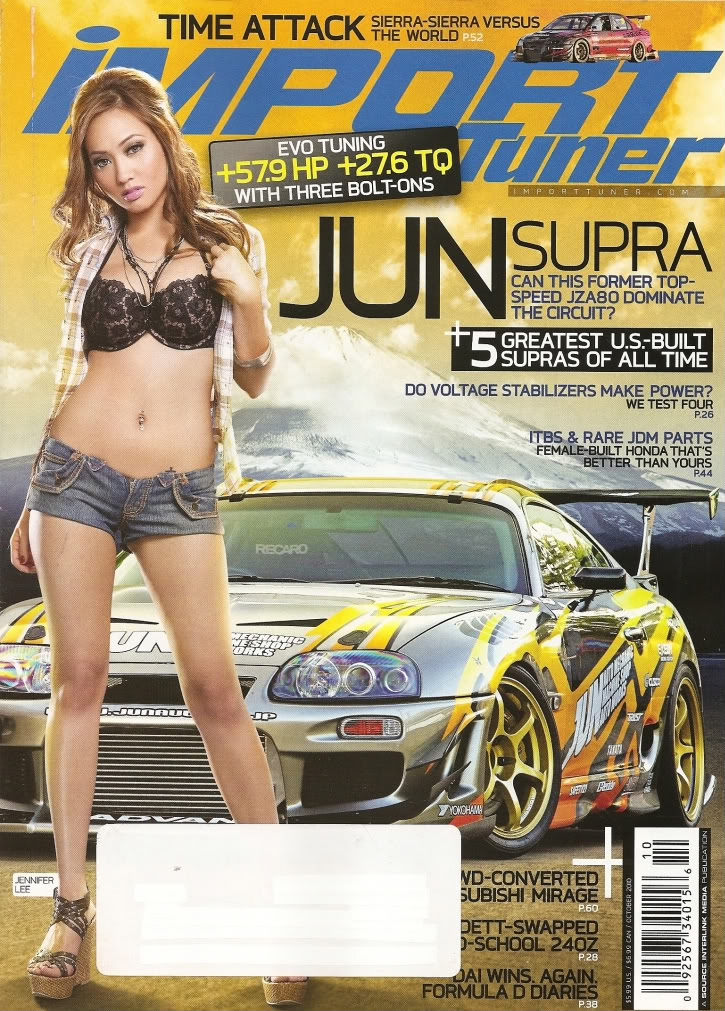 Archie said in the article, “Like a lot of builds, this has been something of an ongoing project… A few fully built show rides later and, “I joined Team Hybrid in 2007, and picked up this Mirage to build as a race and show car.”

Import Tuner wrote, “Concon is director of Team Hybrid’s Las Vegas chapter. “Being a part of Team Hybrid means having to trust the Hybrid formula and over 15 years of tradition. We cover all aspects of the build.” Today, it’s about bringing performance back to the streets, in functional Team Hybrid style.”

Import Tuner also wrote, “The Team Hybrid formula seems to have worked big time for Concon. His once-unassuming Mirage has won 18 awards, was used for Manley Racing’s 2010 catalog, and has made several appearances at the SEMA show.”

These paragraphs in the article were written by Colin Ryan and not someone in Team Hybrid. This is what happens when the industry knows their history, understands the importance and the effects we have had and continue to have in the industry. We are respected on the competition battle grounds (race-street-show) and also, in print by our peers/professionals because History + Tradition + Formula + Innovation + Records + Morals + Ethics + Archie = Team Hybrid, 15 years and counting…

Like I said many times before, anyone can put a team or group together, represent and maybe win here & there, but until the industry and your fellow peers validates you especially in print or your team/group as an entire unit win at the highest level and against the industries best esp. year after year after year, then your just in another team/group chasing dreams. This same philosophy can be applied to members too, but Archie has already validated his place in import history with this beautiful published spread in October 2010 issue of IT (Archie’s 7th feature in mags). Another promise kept and came true for our Hybrid Family (7th full feature of 2010 articles for the team & counting…). 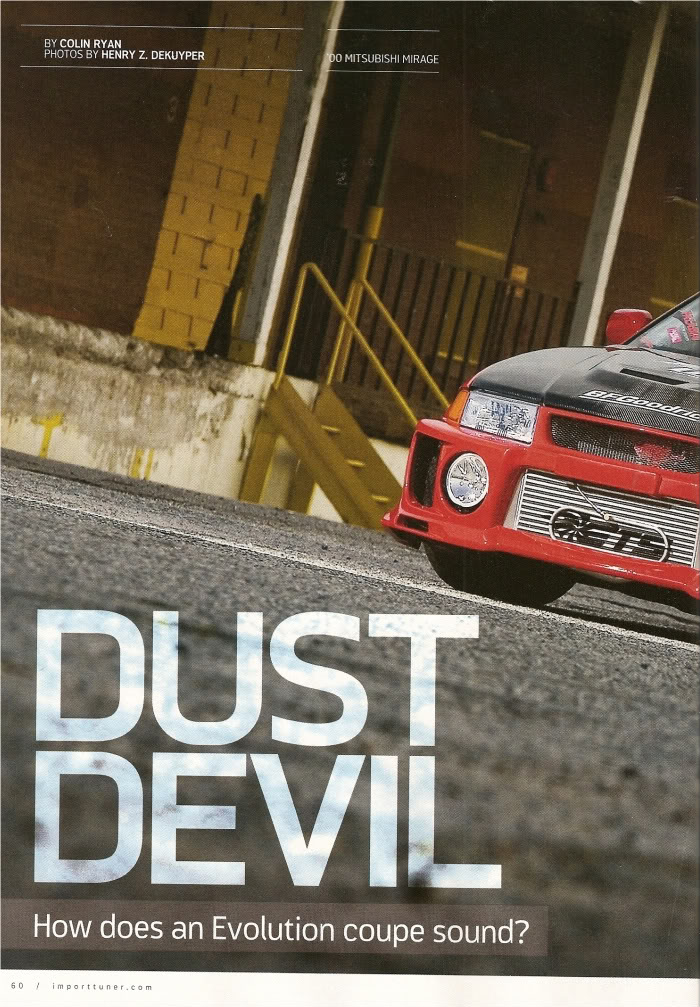 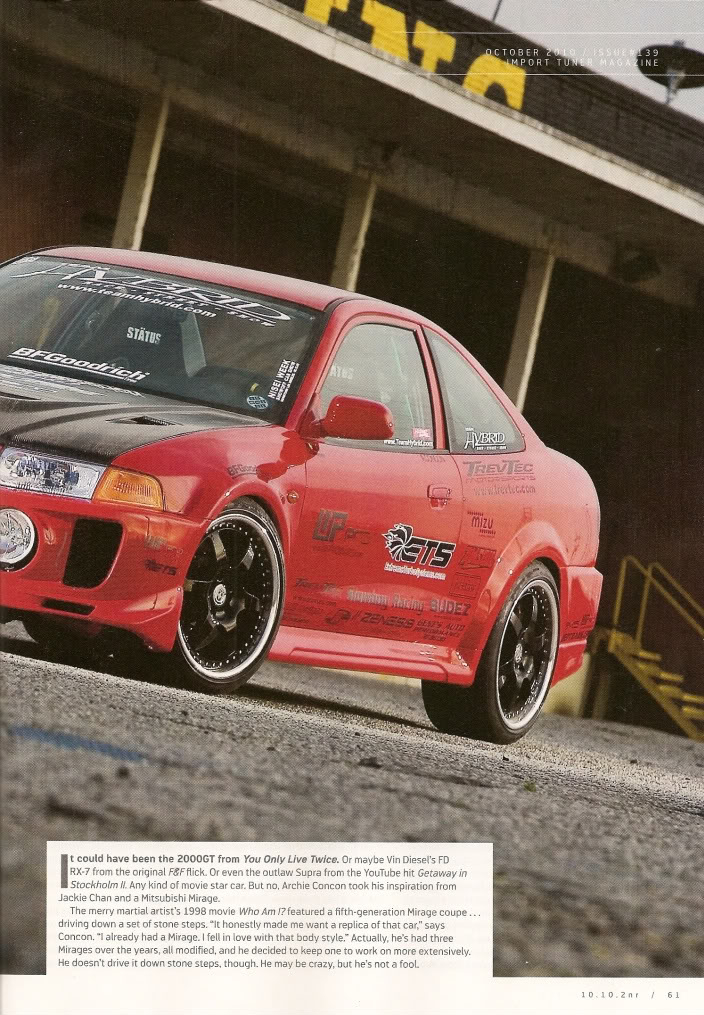 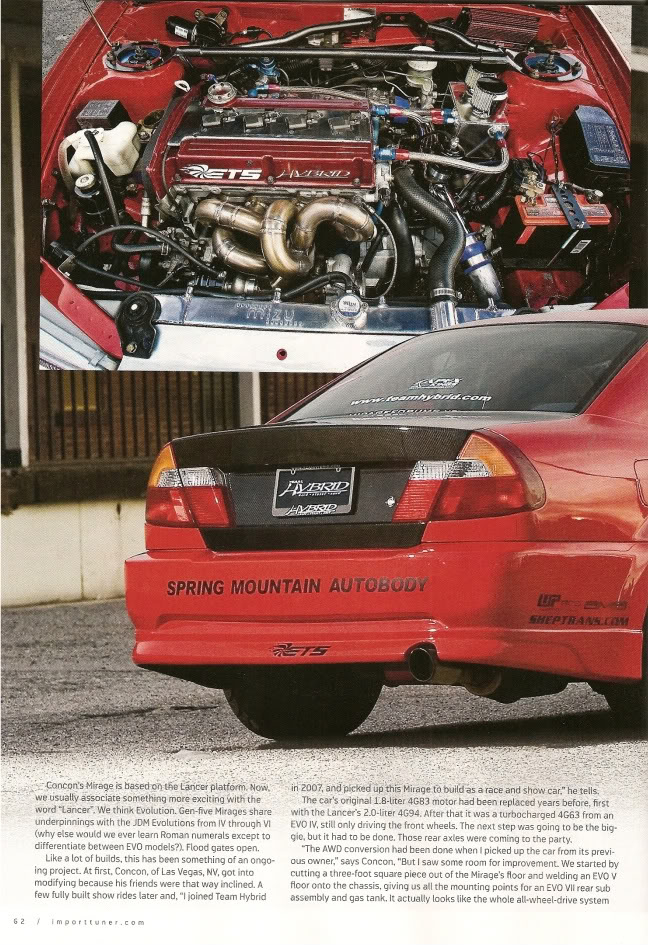 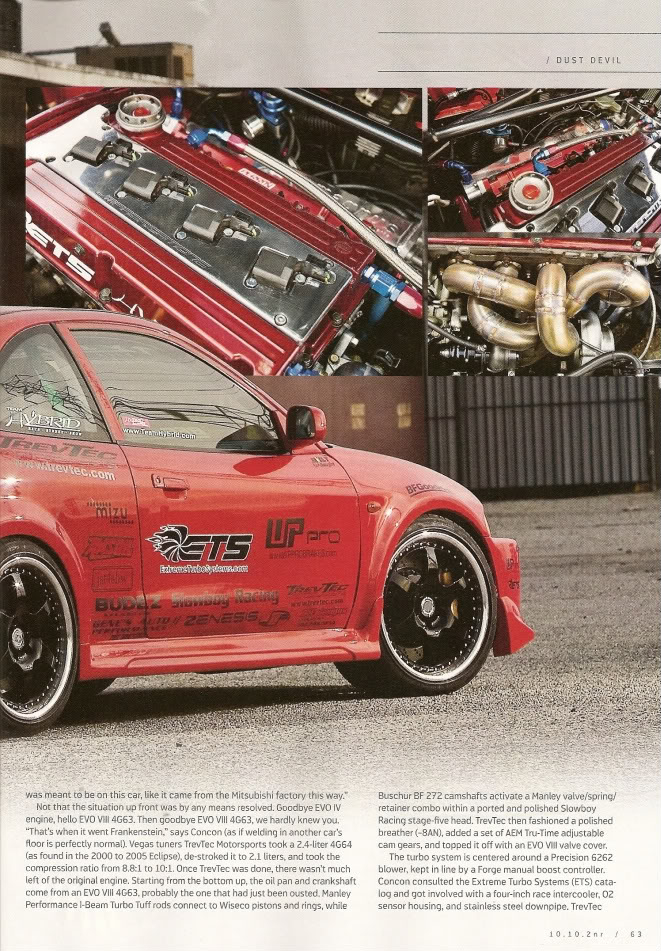 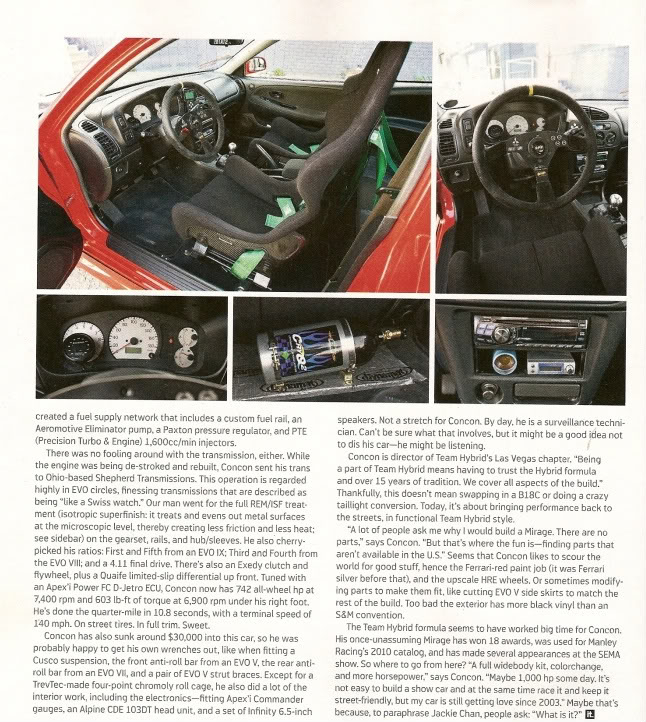 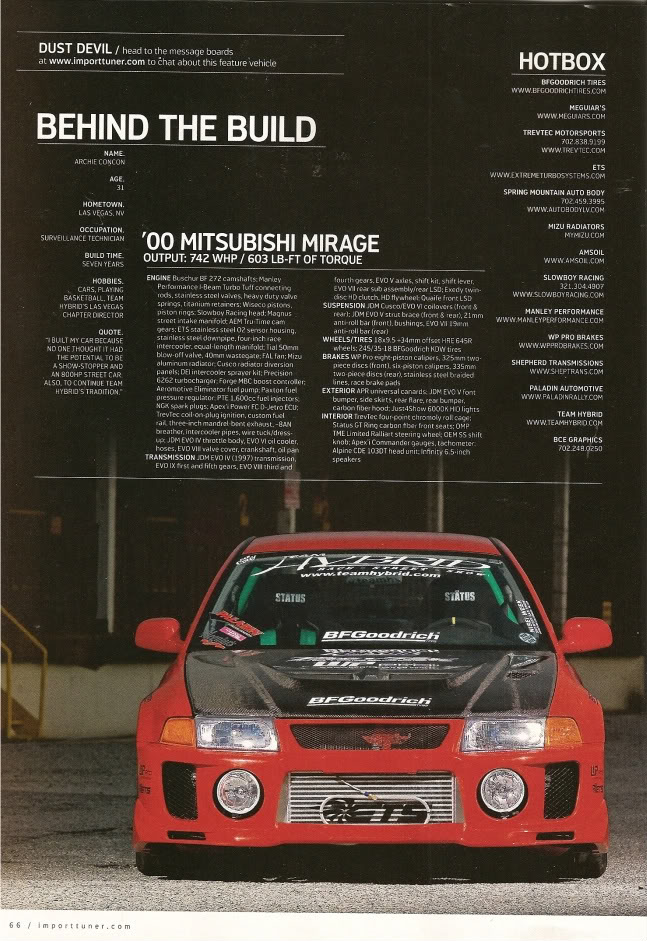 Archie, your Mirage scoreboard for magazine articles after joining Team Hybrid is @ 5 total?