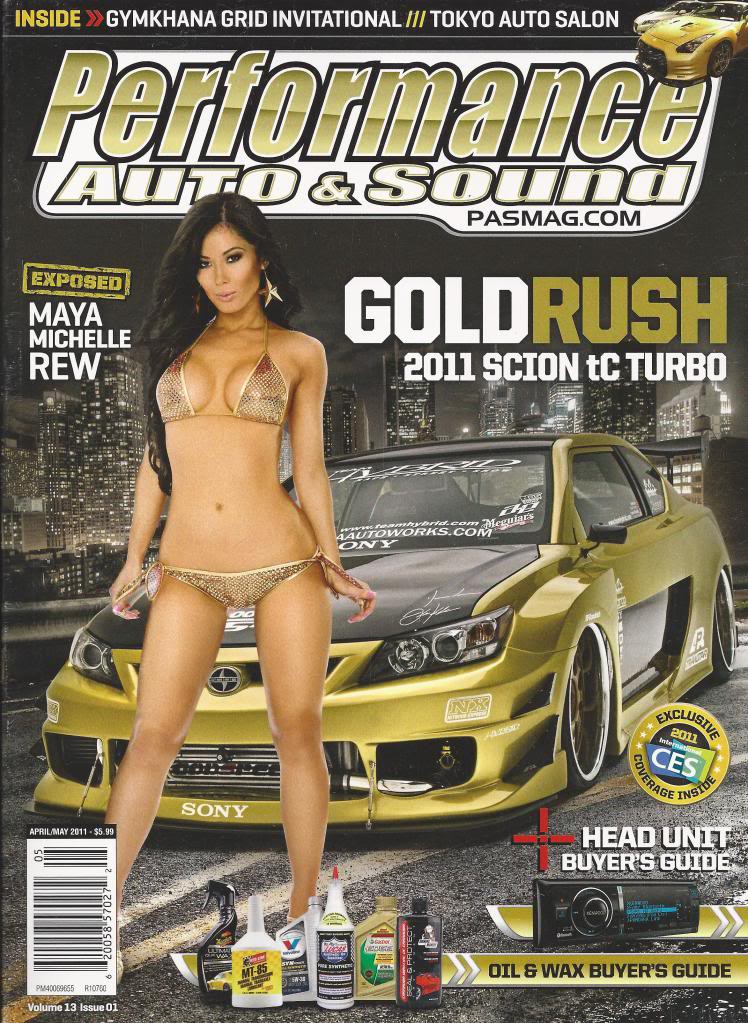 In Performance Auto & Sound April/May 2011 issue, pg. 016, there is an article about CES, Las Vegas 2011. Congratulations to Team Hybrid’s Founder/President, James Lin’s 2011 Gold-Widebody-Carbon Fiber Scion tC for being shown in the event coverage.

PAS said, “Each year CES brings in new products and new faces to the scene but as in many years past, it was the major players that attracted the most attention. Some of the latest audio builds drew in onlookers by the thousands and there were more than a few noteworthy installs.”

PAS said, “James Lin from Team Hybrid brought out his Scion Tuner Challenge build for display at the Sony booth. Jammed with all kinds of Sony Xplod audio and multi-media products, this tC definitely made a statement with four 15-inch subs serving as punctuation marks!” 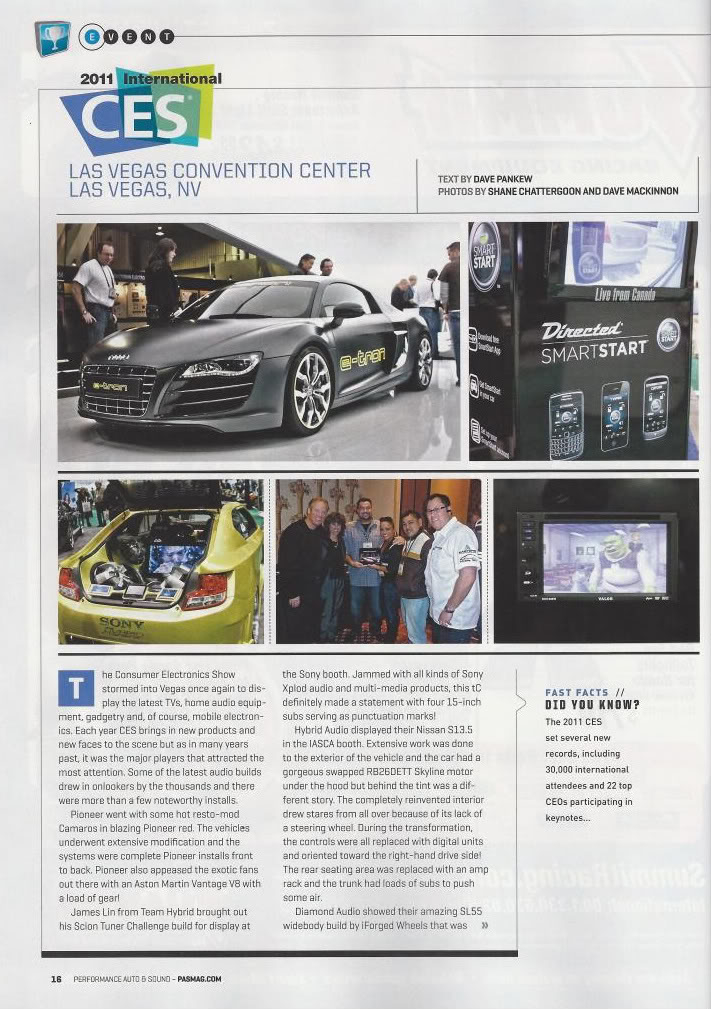 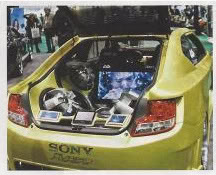