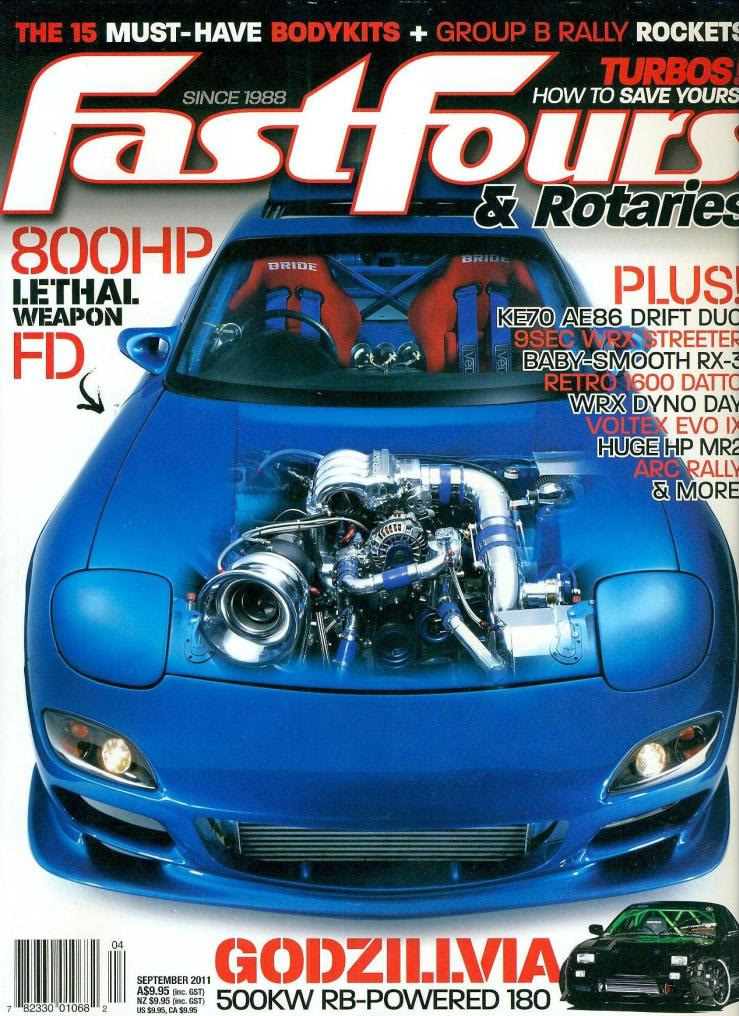 Keoni said, “With the help of James Lin of Team Hybrid and Evasive Motorsports I was able to get the front and rear fenders and the side skirts to finish the kit off.”

Fast Four said, “He didn’t skimp where tires are concerned either, with the wide 18×9.5” Volk Racing CE28N “Time Attack” wheels matted to 245/40/18 sized BFGoodrich KDW II Tires. The aggressive tread pattern evacuates what little rain falls on the roads in Las Vegas, while the sticky compound does an excellent job of harnessing the power the EVO produces.” 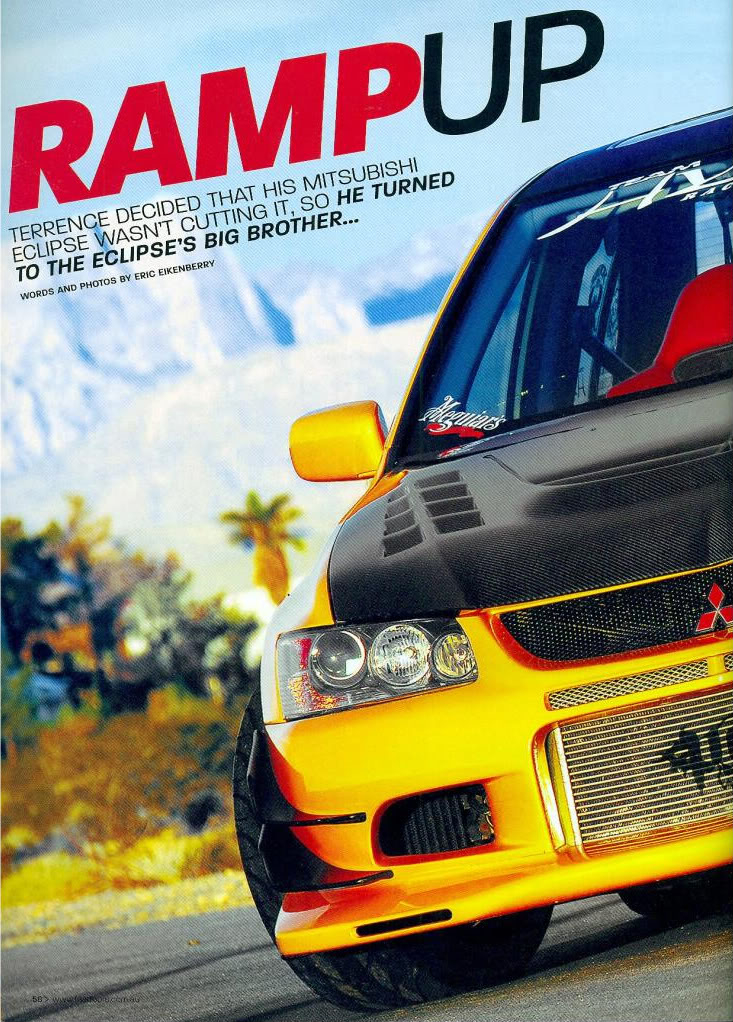 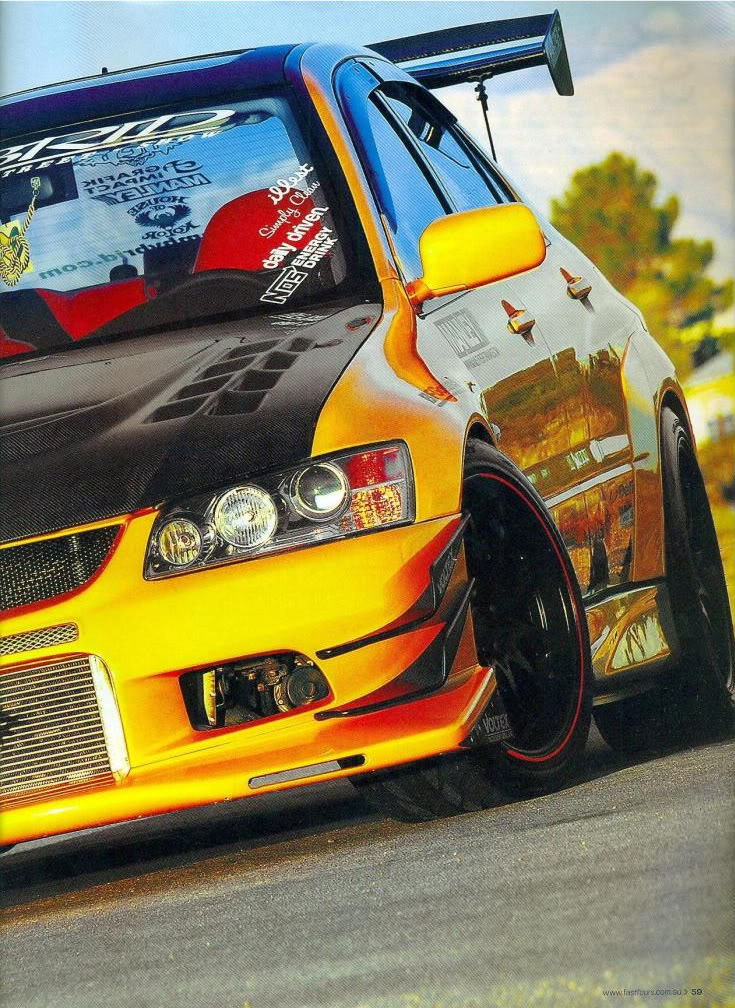 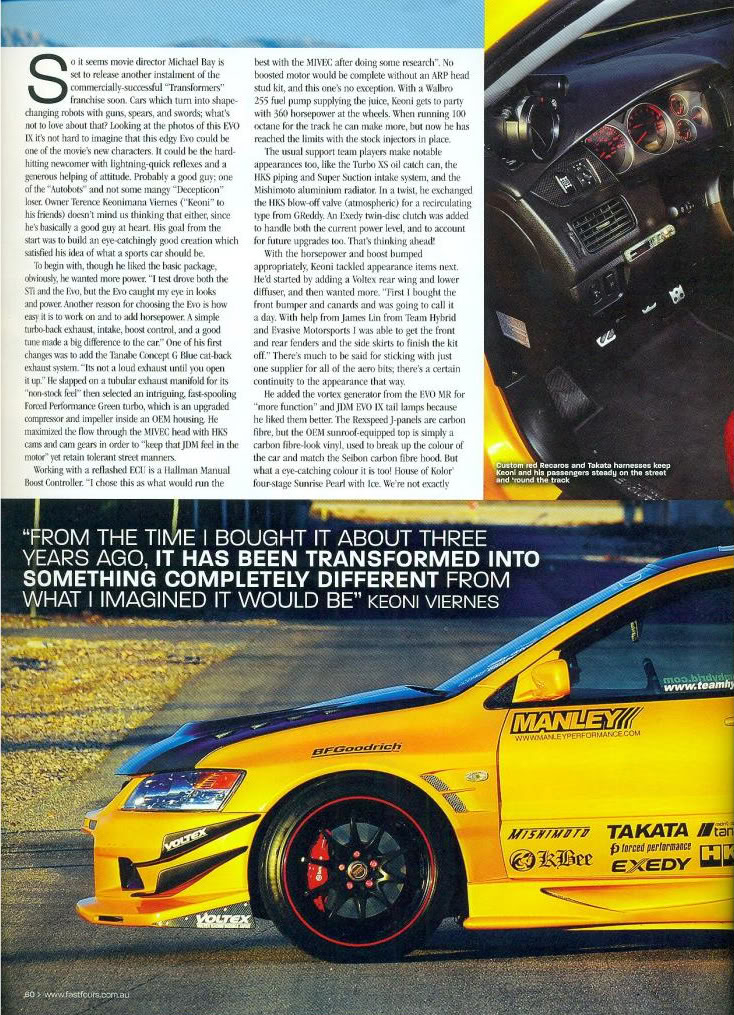 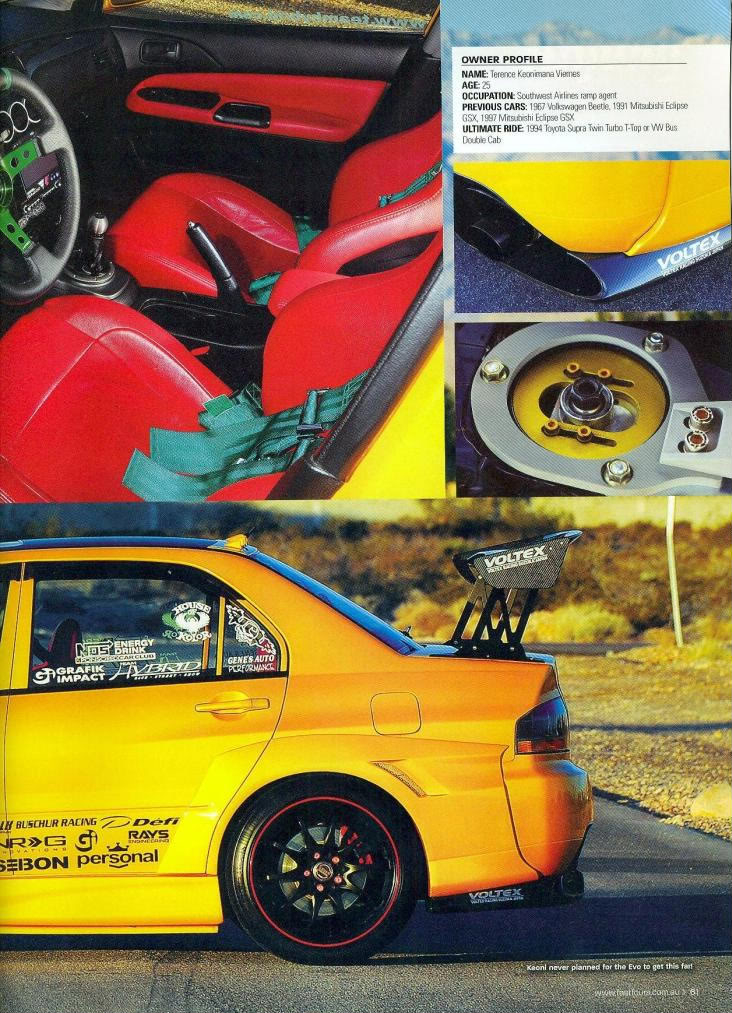 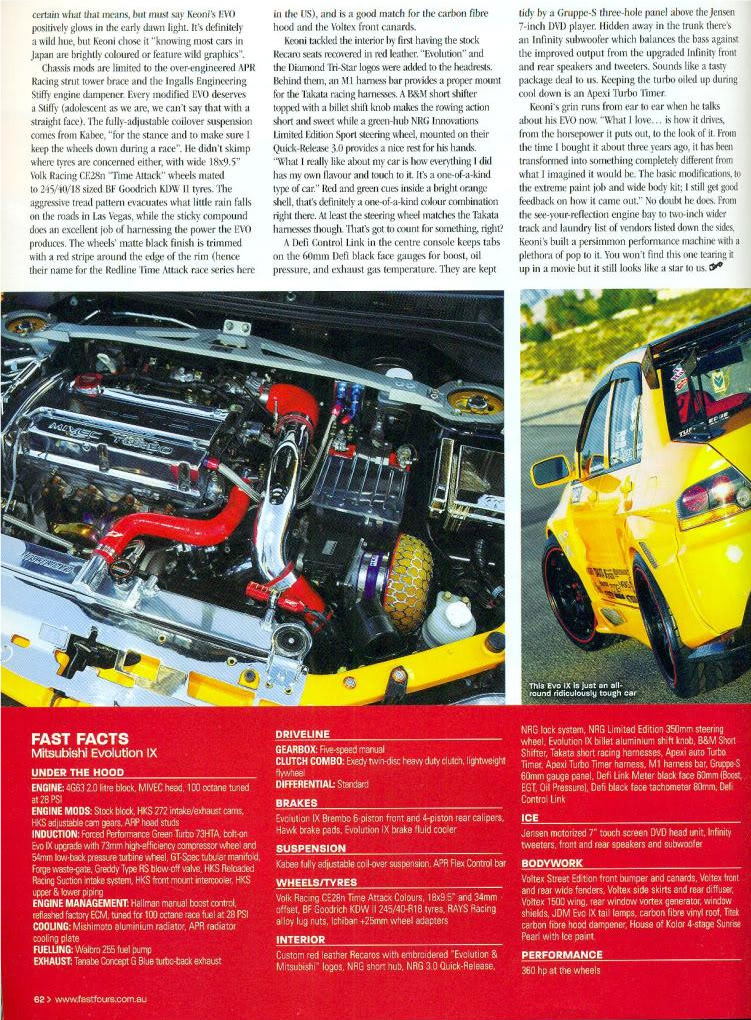 The onslaught of Team Hybrid cars, the Team and Hybrid Hunnyz in major international and domestic magazines is here!