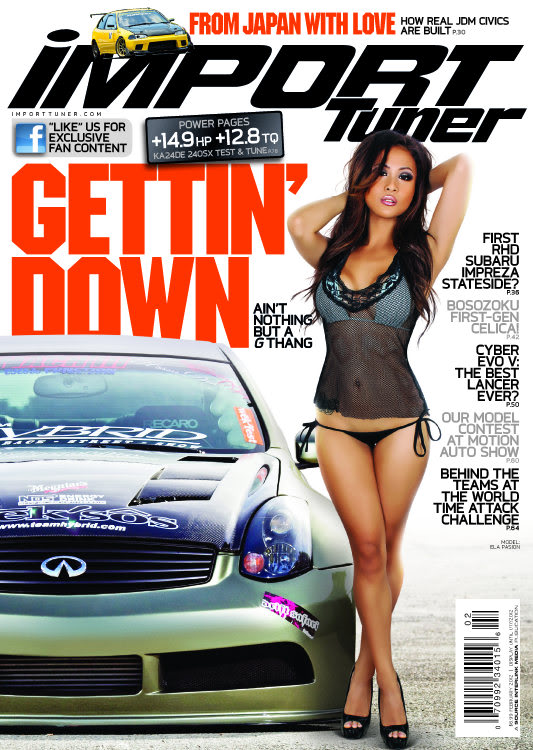 Title of Article – “Never Bored. This is the Result of One Man’s Automotive Add.”

This is a special “behind the final editing” version release from the editor to me so something different than what you see me post up once the article prints.

2012 is not even here yet and we are starting the year like I have been saying with a huge exclamation mark. Leading by example by continuing to set the standard on how an overall best import team should perform year in and year out not just @ shows, but in all aspects of this hobbies esp. at the industry level. Furthermore, this is back to back Import Tuner full feature articles (Dec. 2011 & Jan/Feb 2012) and almost 17 years later still making Covers. Fate working in our favor once again and will continue to esp. since another on slaughter of 2012 domestic and international magazines articles from all over the world are coming to a new stands near you. Team Hybrid – Worldwide! 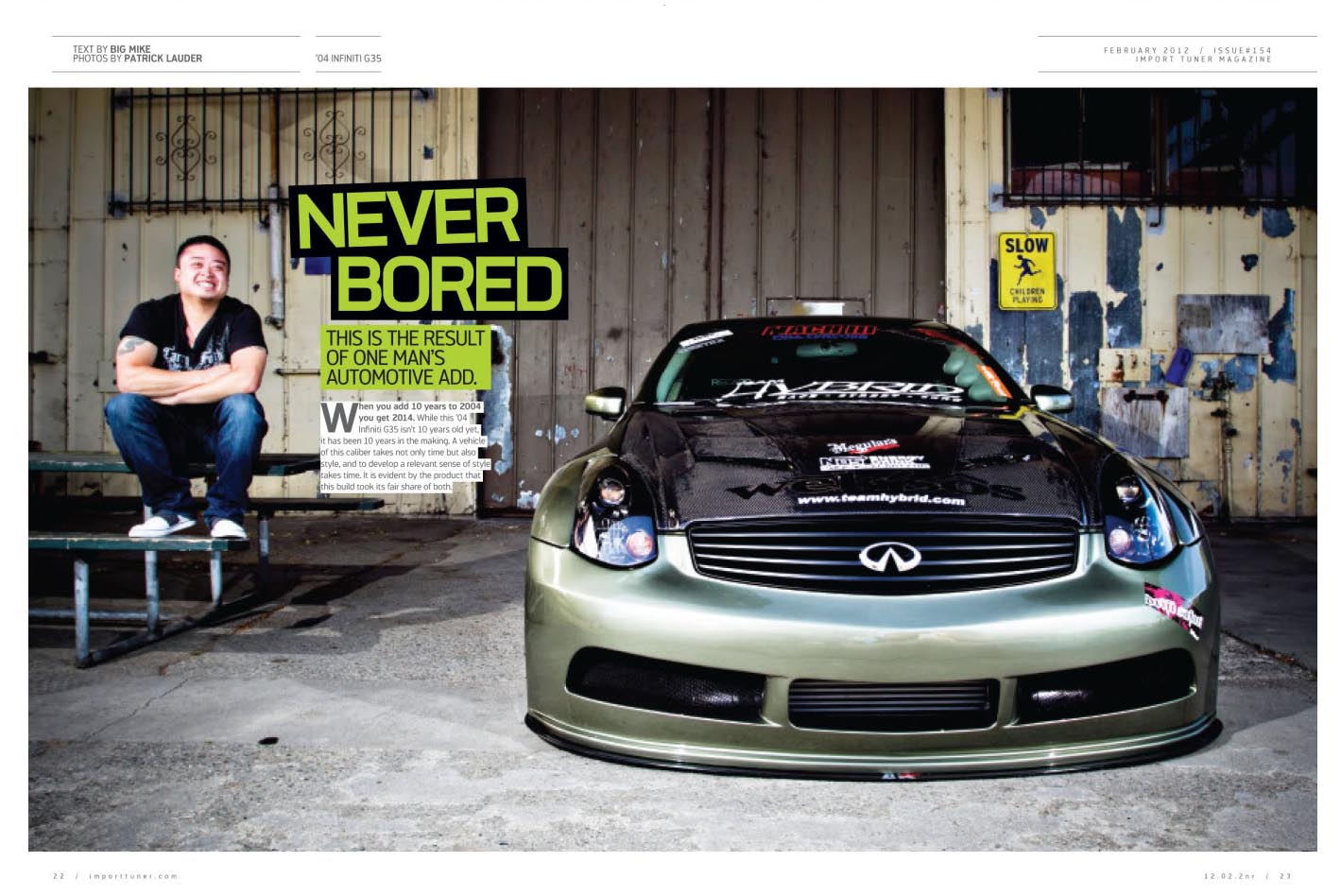 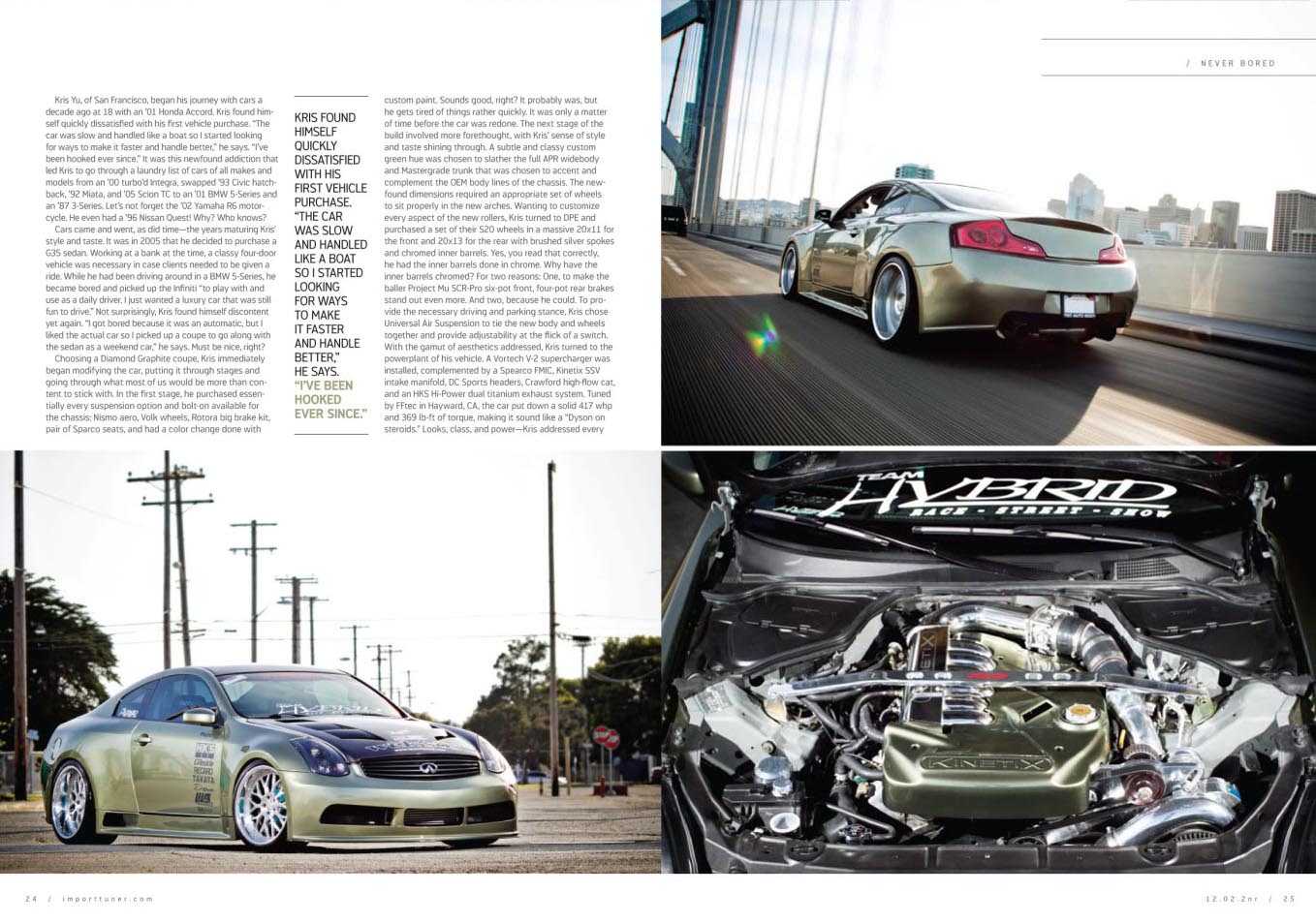 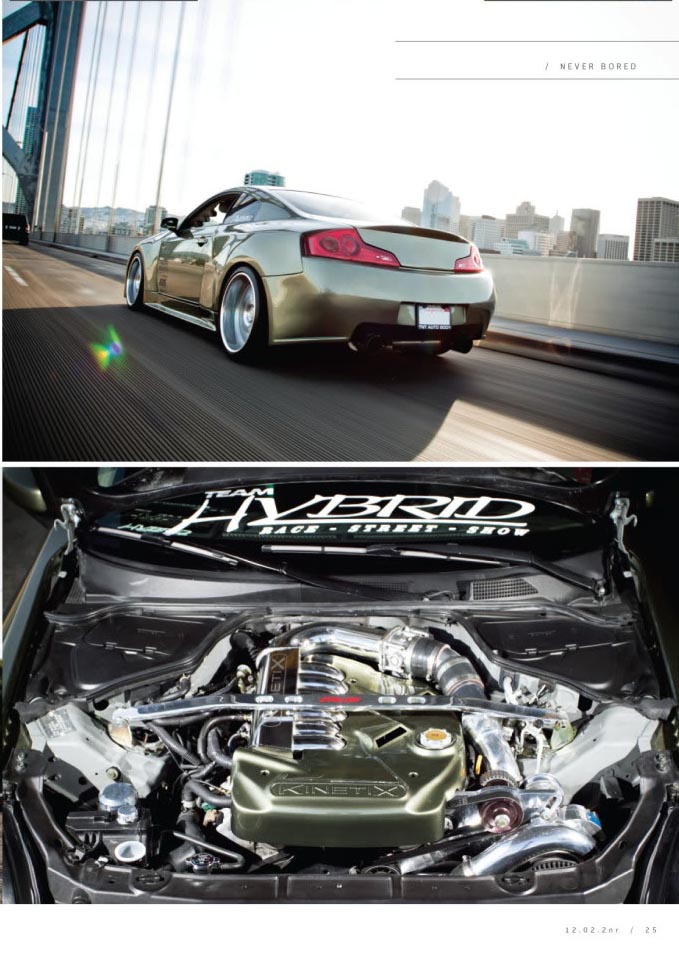 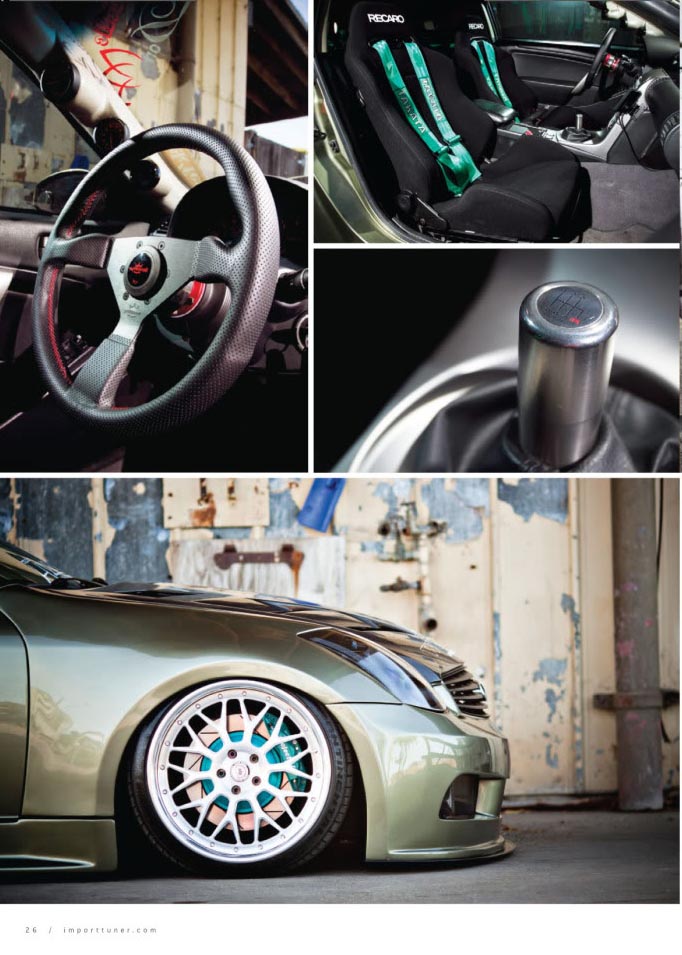 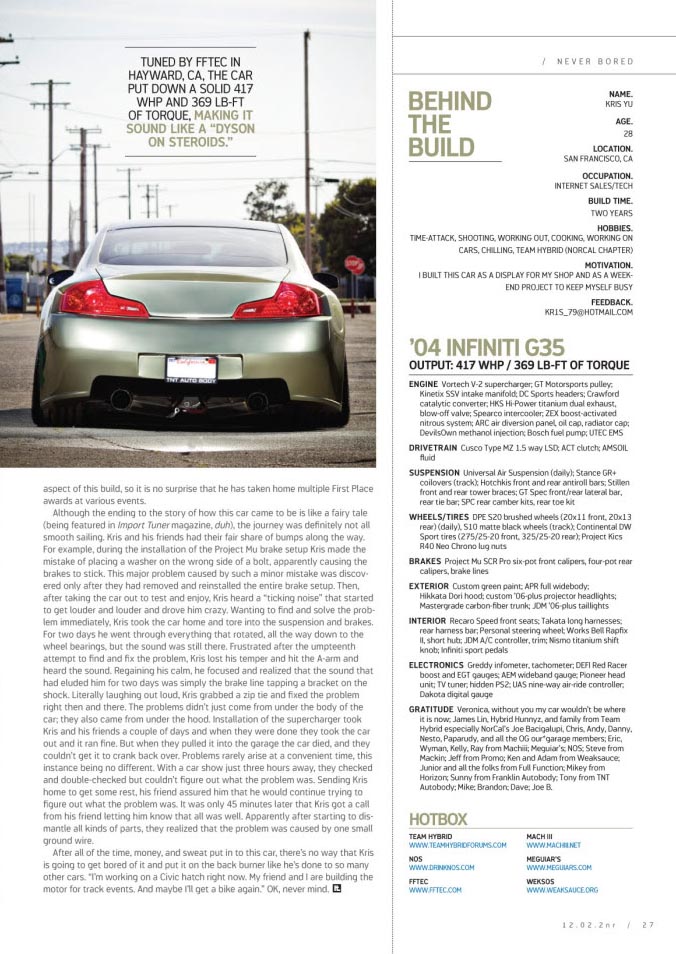