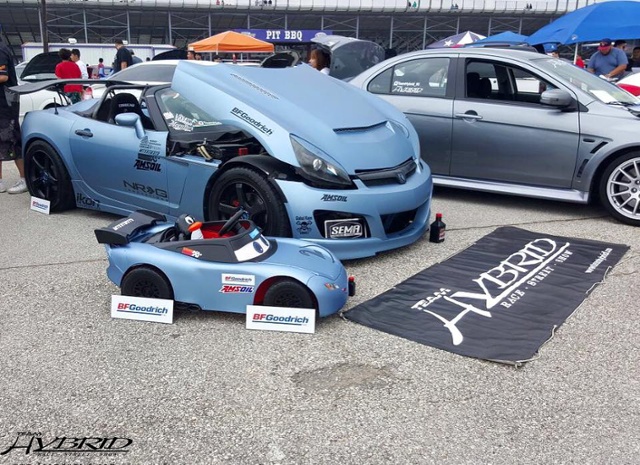 After starting out with a standard red floor model, the Xavier team worked side-by-side in car washes and paint modifications. After coming across some

extra vinyl, Donald recently surprised his sidekick with a custom car wrap that matched his dad’s Saturn. Their hard work paid off, and landed them a Best Domestic Sport Compact and Best Display award at the Baytown IFO. It was such a hit that any future alterations to the Saturn will be replicated on the smaller-scale model and displayed together at shows. We especially like that little Xavier knows which oil to run already, despite not yet having a need for it.

One thing is for sure: This father-son team is on to great things in the automotive realm that will reach well into the future. AMSOIL is a proud supporter of the next generation of automotive enthusiasts and those who help them realize their dreams.

Check out the article on Amsoil’s Web Blog.