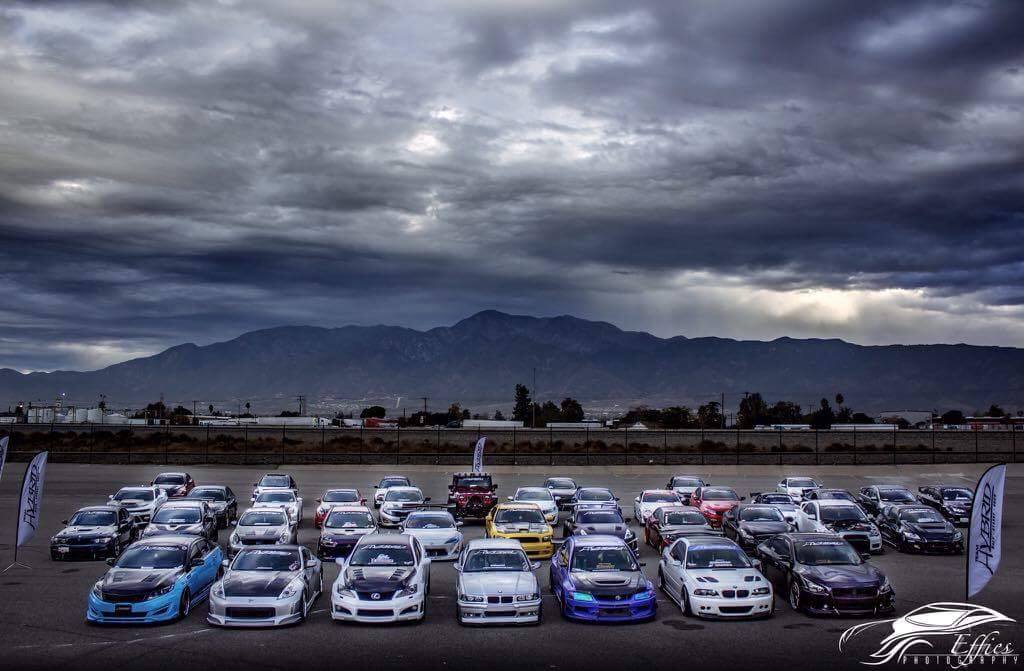 In the early morning of IFO Fontana roll in, we meet up early for a DSPORT photoshoot session. As winners of Biggest Team & Best Team at DSPORT’s InstaFame car show we were able to get a full page article. This was the start of our long day as we still rolled in with Full Display to IFO Fontana and took many awards along with Team Quantity.