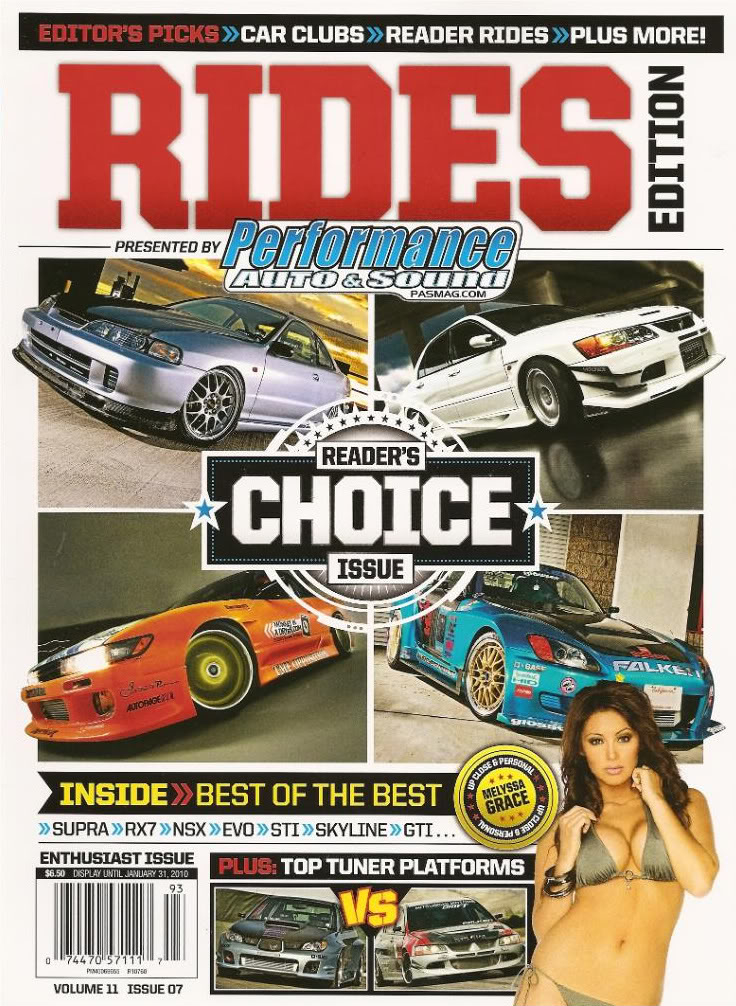 I received a copy of the pre-released magazine about 2 weeks ago and it will be passed out today to the import industry @ SEMA 2009.

Then, it will eventually make its way to all the PAS subscribers later this month as well as newstands to be on display & sold until January 31, 2010. But I am here today to unveil the special issue called “Rides Edition” for Performance Auto & Sound Magazine, “Enthusiast Edition” aka. “Readers’ Choice Issue” which also, showcases inside >>”Best of the Best” the Top 12 Import Teams in North America.

Congratulations to Team Hybrid in a 3 page full feature in Performance Auto & Sound Magazine – Top 12 Teams “Enthusiast Edition” 2009 Issue 7, Volume 11, pgs 056-059. We are also pictured in the table of contents and written about in the Editor’s Desk called, “The Scene: Past and Present” on page 016.

PAS showed us mad Hybrid luv by giving Team Hybrid the largest team feature article @ almost 3 pages compared to the other 11 teams. This means we were written the most about and also, featured with the most pictures. In the table of contents, we are on the top right hand corner with the largest team picture used. The picture was also taken by PAS due to a special arrangement they had with me after SpoCom 2009, LBC.

Ending the year #1 after our huge win @ Nisei 2009 was sweet. Now this? To all the haters, we will always continue to laugh @ each and everyone of you because jealousy is a $%^#! To all our luvers, the #1 team trophy & documented magazine is ours. Victory is ours therefore, history is ours! 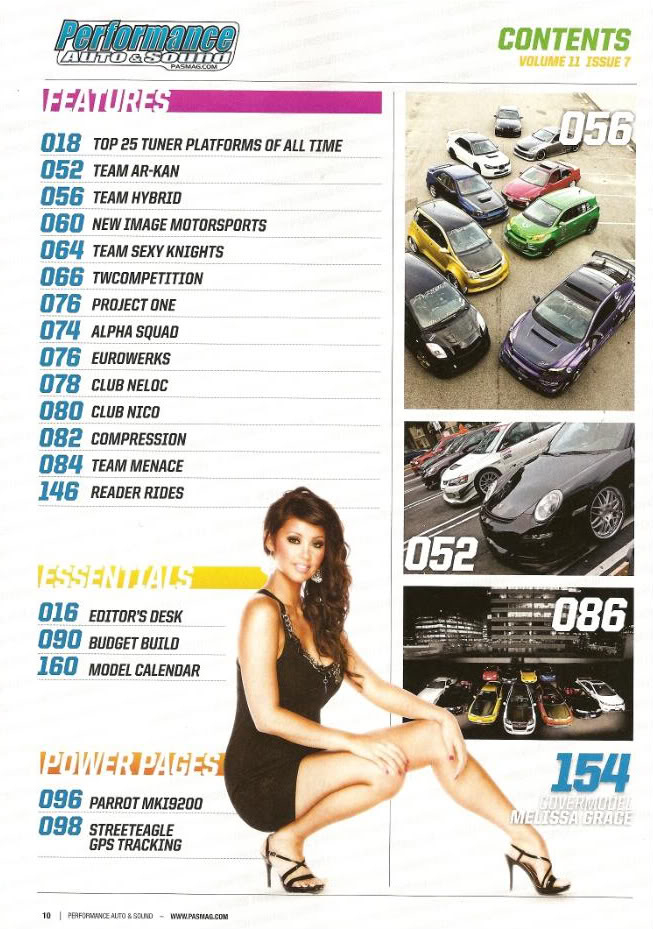 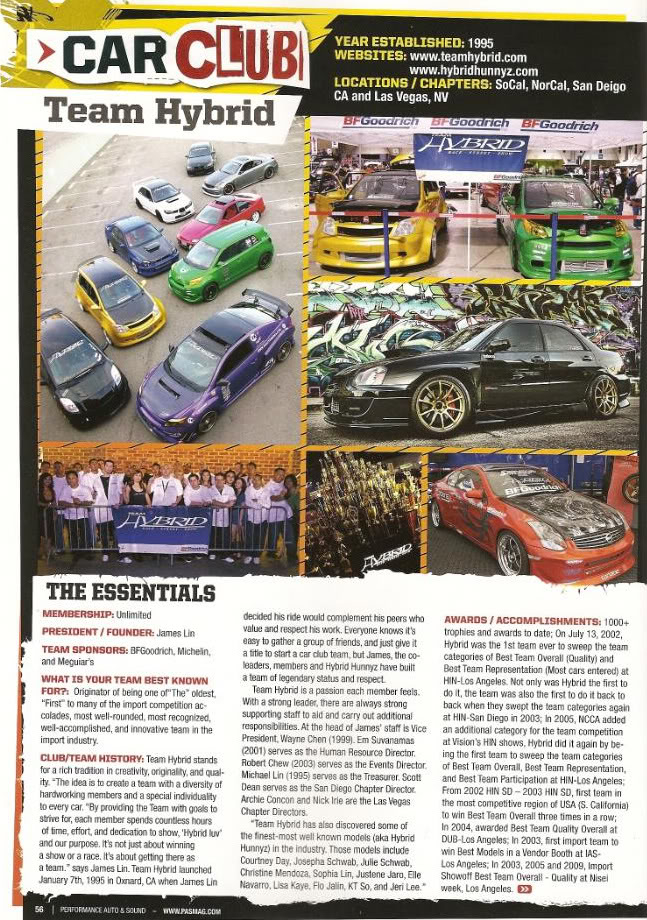 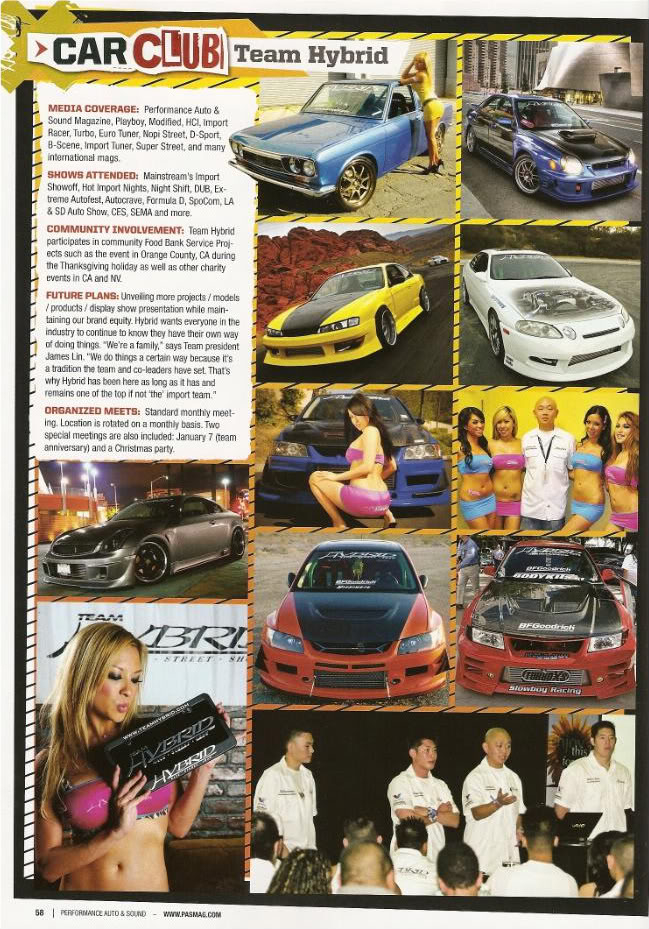 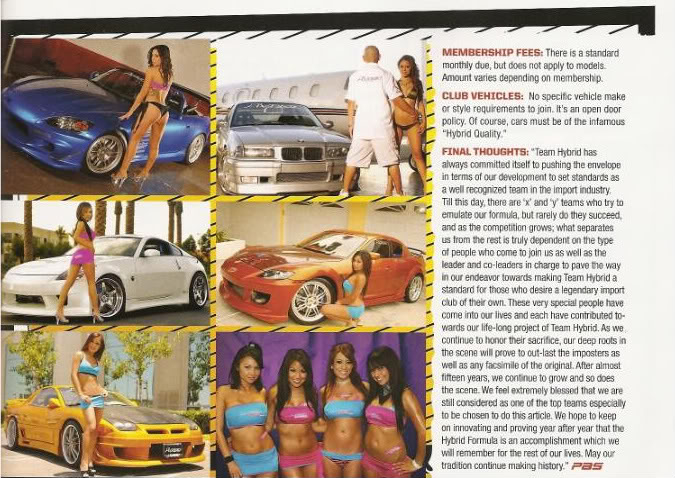 Team Hybrid: Been the truth since day 1. Stood the test of time. So original. So unique and will never be duplicated nor surpassed. The game has been over a long time ago, but we continue to find a way to re-invent it and pull off the big “W” esp. when it looks impossible. This is what legends do. May our tradition continue making history…