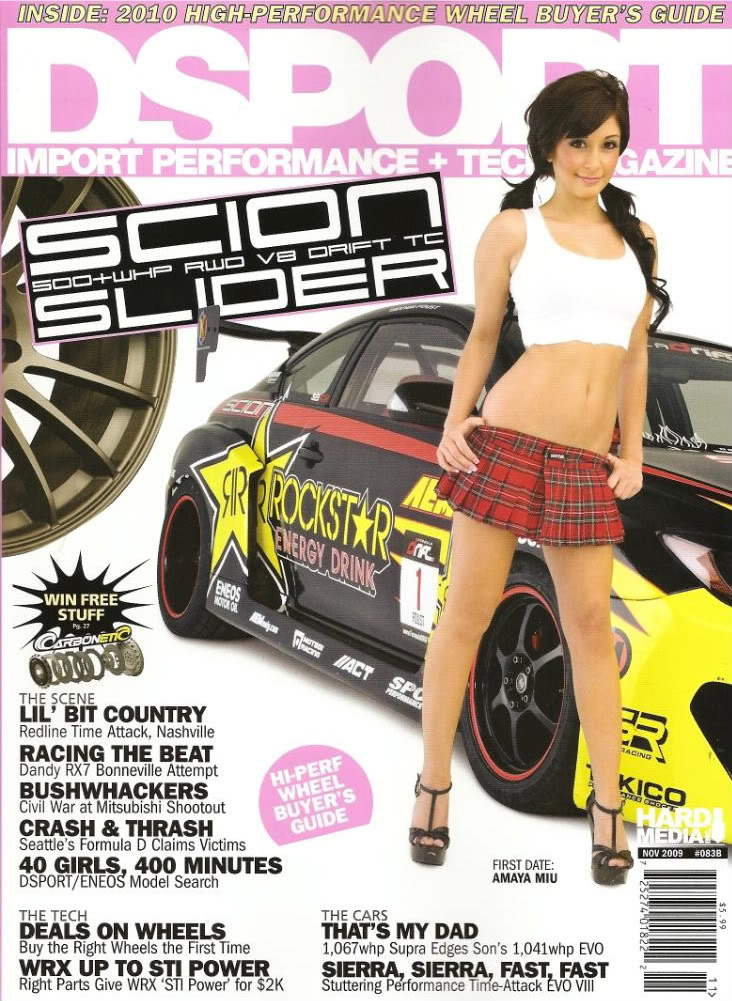 Congratulations to Team Hybrid for being featured in the event coverage of Nisei Showoff 2009 in Little Tokyo, LA in DSPORT Magazine November 2009 Issue, pg 020.

As all of you know by now esp. the import world, we won Best Team Overall – Quality along w/ 8 trophies @ this rumored last Nisei Week car show. Now, the major import magazines are rewarding us also by writing or featuring us in their event coverage.

What is pictured in the lower left hand corner of the magazine is a snap shot of our award winning lineup with a clear view of Scott Dean’s G35 and Robert Green’s xB. Both of these cars also placed @ the show.

Lastly, the editors (Robert & Richard) showed us luv by making our picture the largest for the coverage.

Nisei Showoff is a big deal to those of us who go there with our friends and family every year – it’s a tradition that we’ve all kept up for the past ten years and to win “the” most important team trophy @ Ken Miyoshi’s last Nisei is probably an accomplishment only a legendary car club can pull off.

Winning at a show here or there as a team is important, but winning 1st place overall quality @ one of “the” most important & toughest car shows & possibly last as a team that is highly respected and recognized by all the OG’s and true import enthusiast could not have been a sweeter feeling that will last us Hybridz a life time. 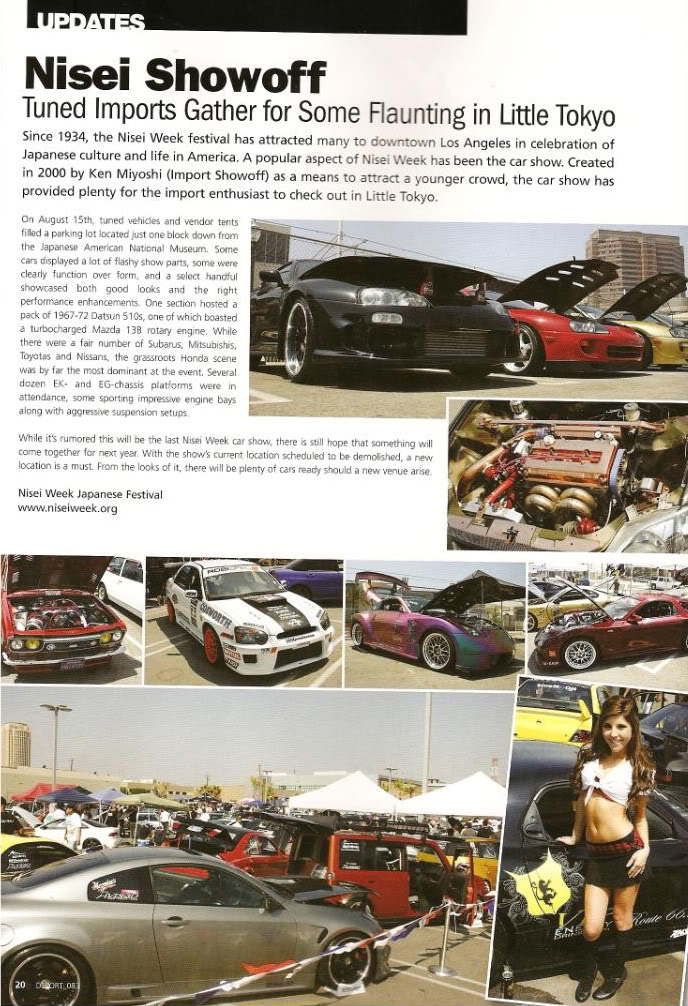