In Super Street November 2009 issue , pgs 072-073, there is an article about Nisei Showoff 2009; Little Tokyo – Los Angeles, Ca. Title of the article is “Save the Clock Tower.” The article is by Jonathan Wong, chief editor.

He said, “It’s hard to imagine that it’s been 15 years since I went to my first Import Showoff, way back when I was a young buck, and that this past summer, at the tender age of 31, marked the last… As most of you know, Nisei Showoff has always been used as the key event as the “it” show – if you weren’t rockin’ the best shit, you weren’t gonna survive at Nisei and everyone brought the goods to Nisei. This one stayed true to that ideology and mentality.”

The reason this article is special is not because Jonathan used some snaps of Hybrid cars or display for the event coverage, but what he said and wrote about Team Hybrid in the article.

He showed us the level of respect & recognition we have earned from our industry peers.

After almost 15 years of rockin’ true import team, we not only continue to gain or maintain our industry respect level but made sure we put an exclamation mark on it by winning & taking home the “last” Best Team Overall – Quality award @ Nisei Showoff 2009 and made more import & Hybrid history once again.

He wrote, “For the first time, after all this time, I finally brought out my first car for competition. Sure, I’ve displayed a few times but I never thought my car was on a level that I thought could stand its own ground against people who have become know for winning, like anyone from High End or Team Hybrid, or new schoolers like Infinit Wheels, DPK, so on and so forth.”

Out of all the teams to write, compare or give an example of, he choose Team Hybrid and High End.

Again, this is Super Street talking not Hybrid members, co-leaders/directors or I and referencing us in their story to be published and shared with the import world. As always, much luv to Jonathan Wong & Ken Miyoshi. 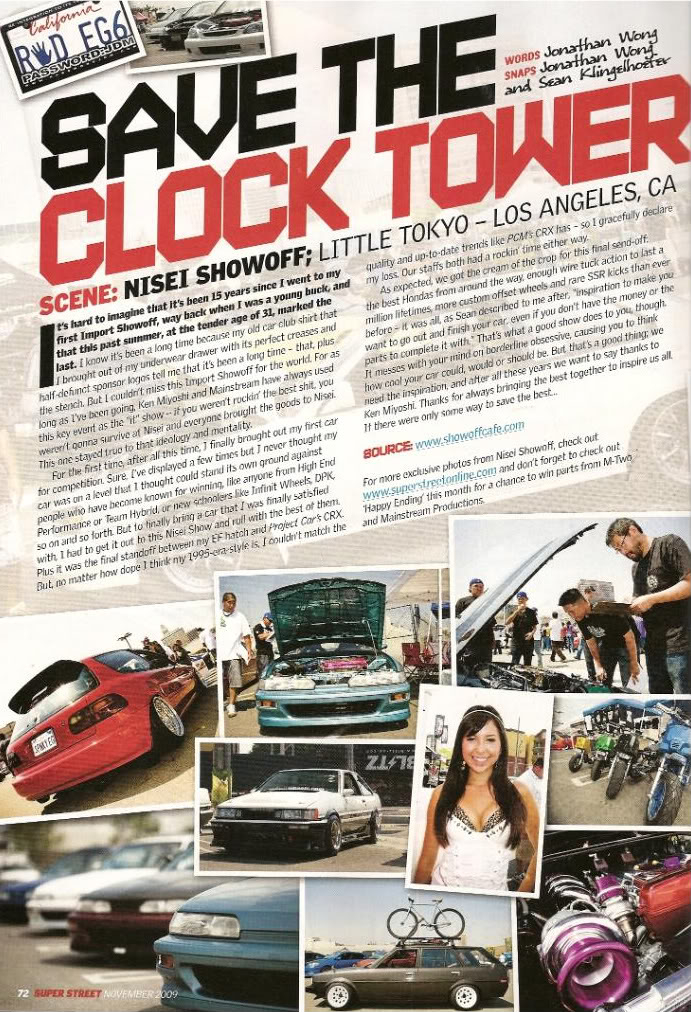 Looks like we are on our way to break our 2008 media coverage record. More to come!