AmsOil and Team Hybrid Team up at SEMA 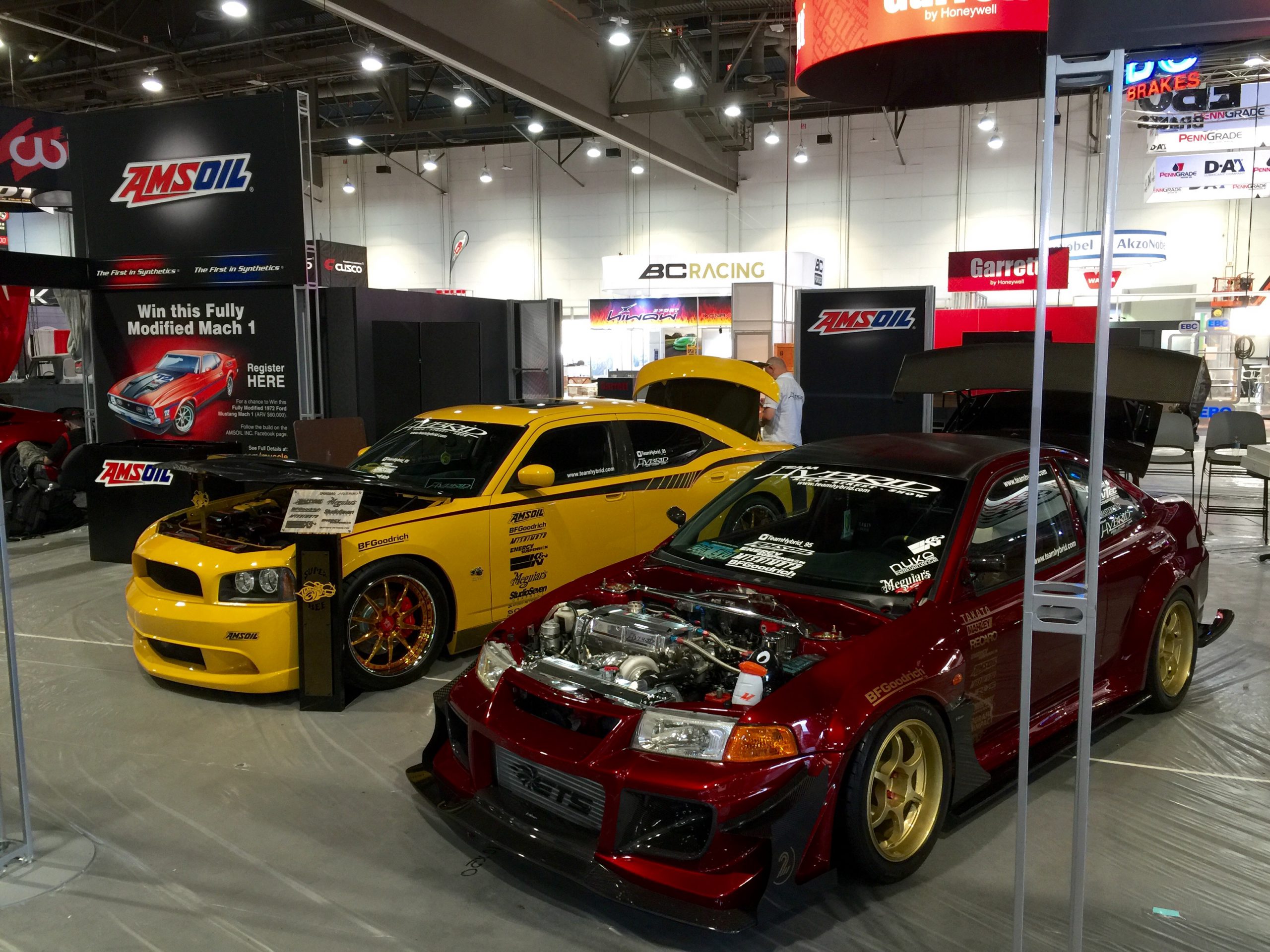 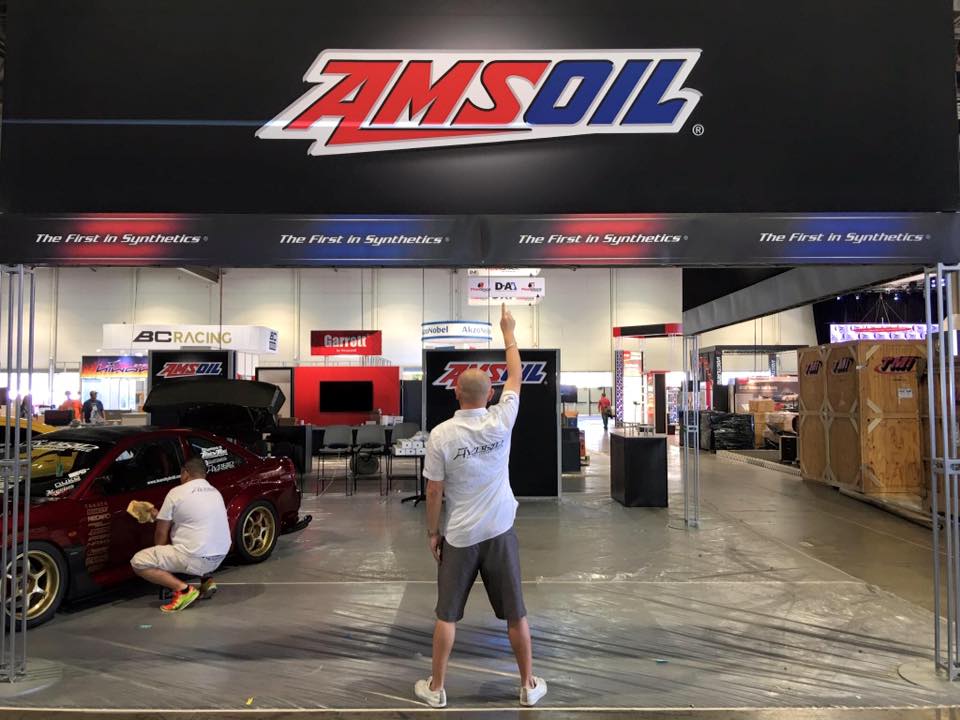 Archie Concon of Team Hybrid has made a name for himself in a way no one else has. His well-known Mitsubishi Evo was recently featured in the Japan Special issue of PAS Mag, and has even managed to capture the attention of Mitsubishi executives themselves. In a sea of stand-out tuners, Concon manages to turn heads just by showing up in his custom 2-door Evo that currently holds a one-of-a-kind status.

This week the Evo is making a high-profile appearance in the AMSOIL booth at SEMA 2015. Concon is a long-time member of Team Hybrid and has climbed the ranks to become Director of the Las Vegas Chapter, becoming a leader amongst his peers. It should also be noted that his Evo has a way of capturing awards at many of the top tuner events it attends.  We caught up with Concon to get a little background on his ride and what makes it so special. Read on to learn more about Concon’s Evo and how it’s gaining legendary status.

Congratulations on landing a spot at SEMA in the AMSOIL booth! Is this your first time at the show?

My 4th time, but it’s the first booth car appearance.

The Evo is well-known among tuner circles as the only one of its kind. For those who don’t know, can you give a short overview of what makes it so special?

When you started this project 13 years ago, did you envision the project becoming what it is today?

The Evo is pretty famous among tuner enthusiasts. When did you know you ‘made it’ on the tuner scene?

I knew I made it on the tuner scene when I joined Team Hybrid in 2007 and my fellow car enthusiasts started to know me by name and what I drive.

Tell us about your most memorable show or award experience. The most memorable show(s) to me has to be MOD 2008, where I won best of show out of 750+ cars in attendance and was judged by the VP of Mitsubishi North America along with the head engineer. I have to say being picked as a booth car for AMSOIL is a very memorable one for me, too, since this is one of my dreams.

How and when did you become a member of Team Hybrid?  What chapter are you from?

Why the legendary Team Hybrid?

There is no other import team in the industry that can match the accomplishment and recognition this team has and can offer.

How are you going to contribute to the most published, winning and best overall team the import history has ever seen who is also still competing at the highest level?

As one of the team leaders of Team Hybrid, I always like to set a good example to my teammates and leaders. As most of them know, my car always evolves and upgrades parts to keep up with the competition. To me winning a trophy is not everything, I like to help friends and teammates achieve their car goals (going to SEMA, mag

How has Hybrid Management and Team Hybrid helped you with the build?

Yes, the whole team helped a lot with this build, especially our Founder/President, James Lin. Without his network connections in the industry and his support, none would be possible.

What are your future plans for the Evo?

Future plans will include getting my new wheels and tires, bigger brakes maybe. Also, getting to more shows to represent my sponsors.

This may be an impossible question to answer, but do you have a favorite vehicle modification or feature?

I pretty much like just about every aspect of my car because it is a unique, one-of-a-kind build. The Varis Asso Widebody and the AWD conversion would be my most favorite.

Tell us a little about the man behind the wheel. What do you like to do when you aren’t finding/adding/building mods or attending shows?

My name is Archie Concon, married to my beautiful wife Mica Concon, and I have 2 kids Aaron and Amaya. I like hanging out with my family, bowling, and going to the beach when we have time.

I’ve been using AMSOIL product since day one of my build.

I love the AMSOIL Dominator oil line and their oil filters (the best in the business!).

Where do you see yourself ten years from now?

Hopefully I get to have more experience and be able to help some more people fulfill their car goals.

Where could we find more information about you, the build and the team?

Who and what companies would you like to thank?